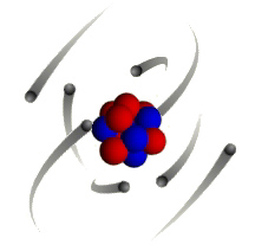 Welcome to your training for how to take down District 1 when you are in the arena. This is a district that is known to be quick cocky due to the fact that they know that they are fundamental to existence of all other Districts. They are well advised by past champions Rutherford, Thomson and Bohr.

Beware if you are to do battle with this District, stray electrons have killed many tributes in past Hunger Games.

Our Friend the Atom

Please take out your District 1 guided notes and review the following content:

Parts of the Atom:

There are three subatomic particles that exist within the atom:
Protons
Neutrons
Electrons

Dead White Guys and the Atom

Please take out your District 1 guided notes and watch the lectures below:

Models of the Atom

Daltons's, Thomson's, and Rutehrford's model of the atom
There are three central players to the development of the atom. They are J. J. Thomson, Ernest Rutherford, and Niels Bohr. These men were ruthless killers in their own respective Hunger Games, so an in depth history of each of them will provide insight on how best to beat District 1.

Please take out your District 1 guided notes and watch the lecture below:

Harness the Power of Your Atoms